If you have followed Lenz for a while, it is no secret that we help The Atlanta Science Festival celebrate science, technology, engineering, and math (STEM) during an annual two-week festival consisting of more than 100 events and a grand finale: The Exploration Expo. The Atlanta Science Festival takes place in March of every year, but what about when the festival is over? Does science programming just end in Atlanta? The answer is no. It is just the beginning to the science calendar for Atlanta.

The founders of the Festival partnered with Lenz to launch Science ATL, an organization that strives to increase public interest in and appreciation of science. To do so, Science ATL creates and promotes easy access points to science, technology, engineering, and math. Lenz advised on the organization’s name, crafted the logo and brand identity, and designed the website. The very first installment of Science ATL is The Science Scene, a 12 month calendar that details every science-related event and workshop inside and outside of the perimeter. The mission of the organization is simple: bringing people together through the wonder of science.

Lenz is committed to STEM education, programming, and celebration of science in our community. We are proud of what our clients have accomplished and love partnering with them to help them accomplish even more. Be on the lookout for more science from Science ATL in the coming months! 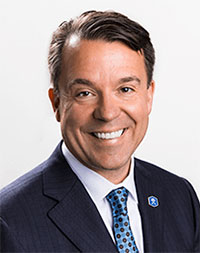 Not all physical therapists find themselves equally at home in the board room and the locker room. Strategies for both reside in the playbook belonging to Dr. Dale Yake, CEO and founder of PT Solutions Physical Therapy.

In fact, Yake’s journey toward physical therapy and entrepreneurship began in the late 1980s while playing football at Allegheny College in western Pennsylvania. It all started with a crushing knee injury during gameplay.

“My own rehab opened my eyes to how powerful physical therapy was,” Yake told the Atlanta Business Chronicle in an interview published last February.

This led to an interest in the craft of PT and rehabilitation. During his collegiate and post-graduate years, Yake worked in various physical therapy capacities, from treating high school athletes to serving as a trainer for the Pittsburgh Pirates.

For the next decade and a half, Yake worked with the St. Louis Cardinals, Tampa Bay Lighting, Miami Dolphins, LPGA golfers, and a laundry list of other teams, individual athletes, and sports organizations.

PT Solutions has grown by 166 percent over the past three years, moving up this year to No. 2,203 in Inc. magazine’s 5000, as one of the country’s fastest-growing private companies. Today the practice boasts locations in 12 states, including more than 40 in the company’s home state of Georgia.

While Yake’s playbook continues to evolve, the athlete inside him refuses to take the bench. An avid runner, cyclist, and swimmer, Yake has competed in more than six dozen triathlons, and four Ironman endurance races. And he channels his expertise and insider knowledge as a regular contributor to The Sports Insider with Dan Kamal, an acclaimed weekly radio show on 92.9 FM, The Game, the most listened to sportstalk station in Atlanta and the Southeast.

“Whether it’s in business or on the playing field, the key ingredients to success remain the same,” Yake said. “Growth, passion, and resilience are at the top of the list.”

Even when it goes well, you feel overwhelmed and endangered when you start a business, which is usually greatly under-resourced in terms of money, human capital, time, and expertise. Over time, I have learned that almost all great ventures have started that way. Then it comes down to the grit, curiosity, confidence, and focus of the team – and some luck. Paraphrasing Darwin, “It isn’t the smartest or strongest species that survives, but the species that is best at adapting.”

Lenz has survived for 26 years because we’ve adapted, evolved, and created “line diversifications” as the MBAers say. When I’m asked for my “elevator speech,” I need a really long elevator ride to explain the diversity of what Lenz does to advance our clients’ businesses. Everyone is looking for simple answers – and who isn’t? – however there’s a lot to discuss. Marketing as a discipline has changed so much that while the clients’ goals are the same, the tactical skill set needed to get there is much different and broader than when we started.

About ten years ago, I thought there should be a radio show in the Atlanta market that focused on healthcare. It took three years for the idea to become reality. Thanks to help from our friends at WSB and sponsors like Georgia Urology, our radio show The Weekly Check-Up with Dr. Bruce Feinberg is now in its seventh year of existence, and wholly owned, produced, and promoted by Lenz.

We were not content to just have one show because we had other ideas. So, we started a sports talk show as well as another healthcare show in Tampa.

Still restless, I thought talk radio in Atlanta needed a general business show. So, last December, we launched Lenz On Business, which features yours truly interviewing figures from the world of business, government, and the arts who live and work here in Atlanta or are connected in some way. The program, sponsored by Emory University’s Goizueta Business School, is a mix of useful “how-to” tips and inspirational stories, meant to entertain and enlighten. It airs Saturday nights at 6 on 95.5 FM and AM 750 WSB. If you miss a show, you can find archives with bonus podcast content on the Lenz on Business website.

Who knew that in a few short months, we’d already have recorded shows that featured Atlanta’s new mayor, a Beatle, and a Stone – as we’ve been trying hard to give our audience some worthwhile content. The very first show featured the two competing Atlanta mayoral candidates days before the final runoff. Not too long after, we had Ringo Starr. Yes, that guy. We’ve also had fascinating entrepreneurs from a wide variety of fields, and business experts from academia, courtesy of Goizueta Business School.

Coming up, we have a Rolling Stone: the amazing Chuck Leavell, who lives near Macon. (If you want to argue with me that he’s not a Rolling Stone, well, he’s been working with the band, on their albums and touring with them, for the last 37 years, which is longer than Bill Wyman.)

Leavell, a wildly talented Zelig of music history, has played on some of the most beloved records in music history and performed on the biggest tours to cross planet Earth, with the Allman Brothers, Stones, Eric Clapton, Dr. John, John Mayer, Indigo Girls, Black Crowes, George Harrison and many, many more. And when he’s not doing that, he’s a nationally known environmentalist and acclaimed tree farmer, who works in many ways to find practical solutions to conservation issues. He’s also the author of four books. The first question I plan to ask him is, when does he sleep? Tune in to hear his answer!

The 2018 Amplify Decatur Music Festival, again presented by Lenz and produced in partnership with Eddie’s Attic, is set for Saturday, April 14 on the downtown Decatur square.

The event will feature The Lone Bellow, The Jayhawks, Amanda Shires, Parker Millsap, and Dwayne Shivers.

Mike Killeen, Lenz’s VP of Marketing, has returned to teach a healthcare marketing course at Emory University’s Rollins School of Public Health for a second year.

Mike’s course covers a wide array of marketing topics, including branding, advertising, and the digital revolution, as well as how these disciplines relate to the increasingly consumer-oriented world of healthcare.

The course is offered to Rollins’ students who have chosen the management track in their pursuit of a masters degree in public health. There are 50 students in the class.

“It’s extremely fulfilling to spend time each week with the class, discussing a topic that I find to be so interesting and dynamic,” Mike said. “I learn so much from the students.” 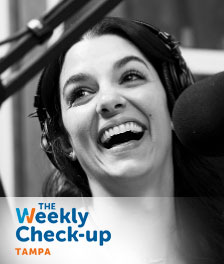 Lenz recently added to its growing list of media properties with the launch of The Weekly Check-Up healthcare radio show in the Tampa-St. Petersburg market.

The show marks an extension of The Weekly Check-Up brand, which launched in 2011 with a radio program on 95.5 FM and AM 750 WSB in Atlanta, and is hosted by Dr. Bruce Feinberg and presented by Georgia Urology.

In Tampa, The Weekly Check-Up is presented by Florida Cancer Specialists, hosted by JoJo Patrella, and airs Saturday mornings on WHPT 102.5 FM.

Additional sponsors include Smart Scan and Dr. William Cooper of the Gessler Clinic.

The show can be streamed live at TheBoneOnline.com, and past episodes are available here.

Lenz Marketing helped develop and successfully execute an integrated marketing campaign for the Emory University School of Law’s Juris Master degree. The Juris Master (JM) degree offers the opportunity for professionals to advance in their careers by gaining a better grounding in law and regulation. Already having been an established on-campus degree, Emory Law launched an online option for the program, and partnered with Lenz to help market this new opportunity.

The campaign Lenz created with Emory Law included print, radio, video, PR, and digital advertising that ran from January – June 2017, to match the school’s matriculation trends and needs. With the help of Emory Law’s team, Lenz designed a campaign that was visually integrated through every arm of the campaign. Lenz made sure online ads looked like the print ads, which would look like the landing page, and so on. Additionally, the copy we generated for radio ads which ran on NPR and WSB was echoed in all other campaign materials. 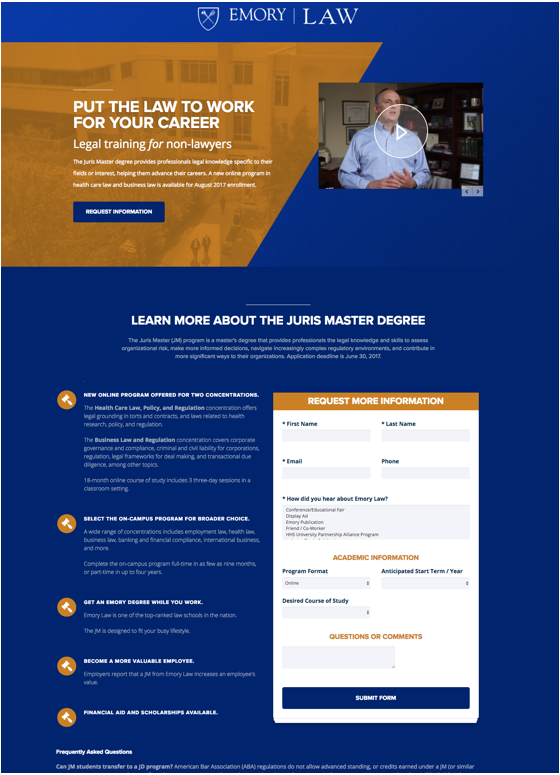 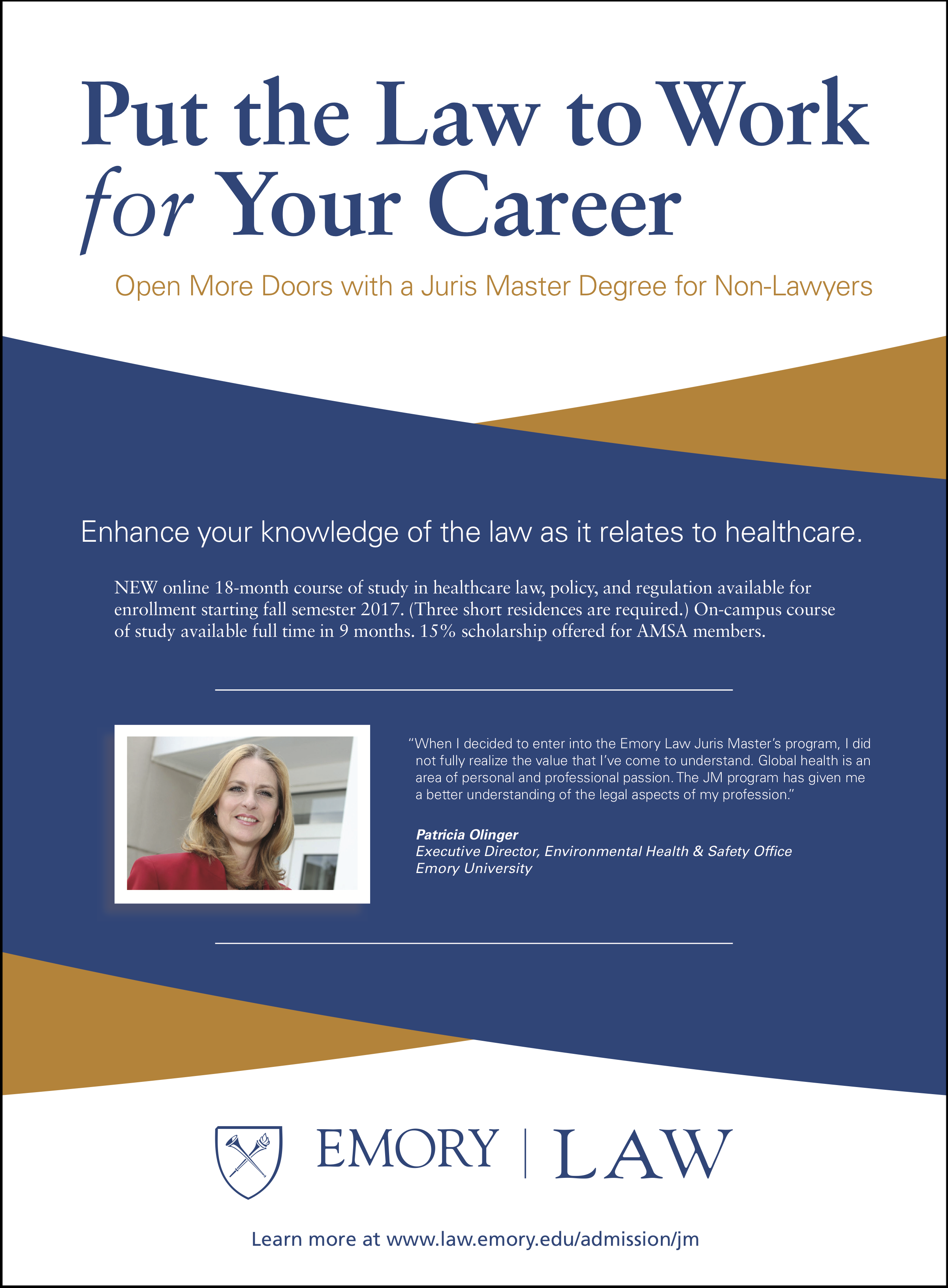 Partnering with a digital vendor to build and launch the SEM campaign, the Lenz team was very hands-on with the strategy of audience targeting and segmenting, building keywords, creating creative units, and implementing, analyzing, and reporting on campaign performance. Lenz and its digital partner, Cox Media Group, tracked leads from every source, not just the initial conversion (defined as website inquiries), but through the entire matriculation funnel to learn which leads were turning into accepted students. Throughout the course of the campaign, we continually optimized bid strategies, creative units, key terms, and targeting. 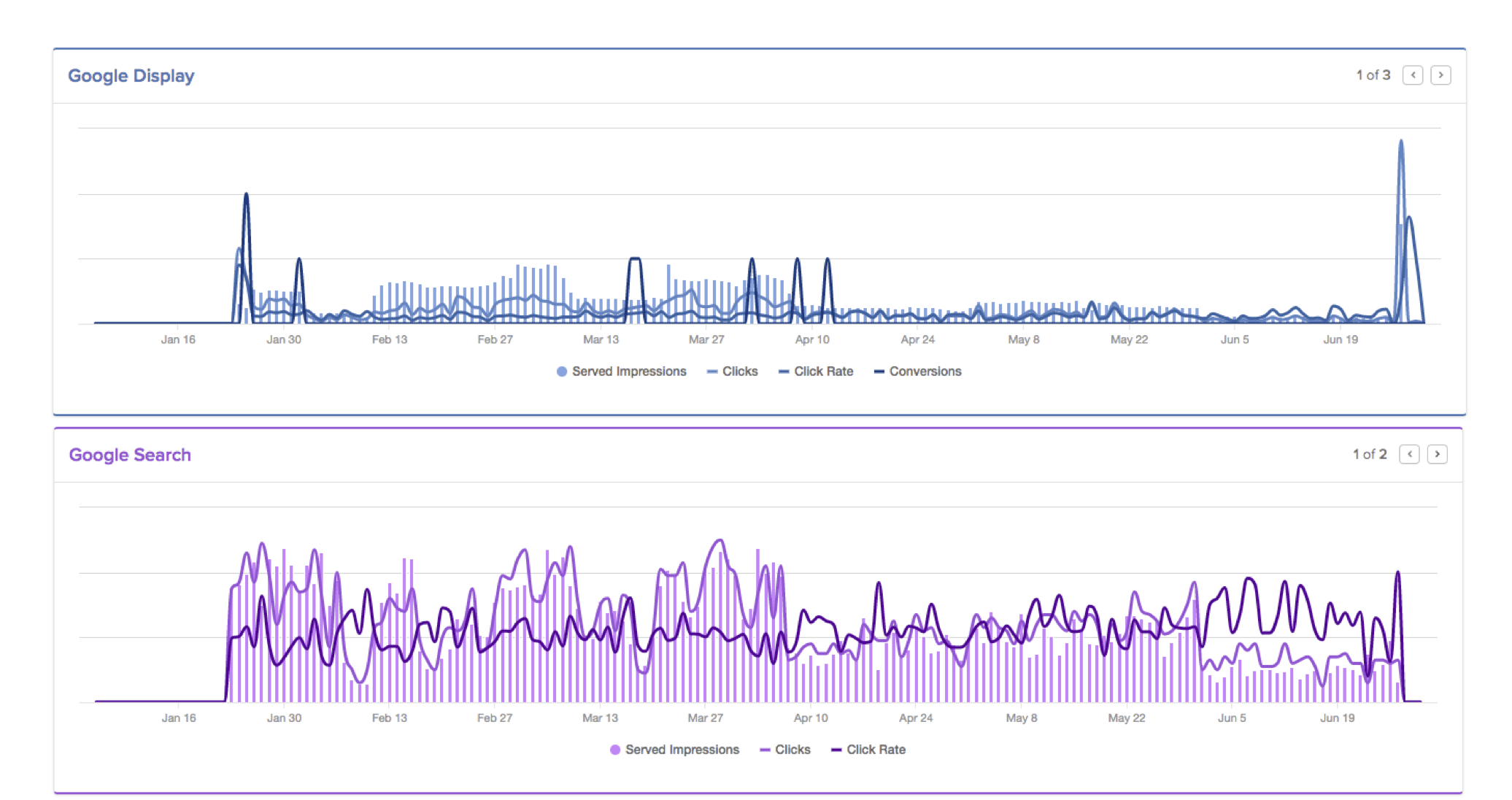 The campaign performed extremely well, driving the leads needed to fill the classes for the new online program. Due to the success of the campaign, we relaunched in the Fall of 2017 and again in January 2018. We have also begun marketing new degrees for Emory Law, based on the success of this one. Lenz is thrilled to see such a well-planned campaign yield such impressive results we’re excited to see what more we can achieve.