Lenz is thrilled to have won a 2015 Silver Davey Award in the Healthcare (non-hospital category) for its 30-second SouthCoast Health “Total Wellness” TV commercial. The Davey Awards is an international creative awards competition focused exclusively on honoring outstanding work from the best small ?rms worldwide.

Haven’t seen the commercial yet? Check it out below. 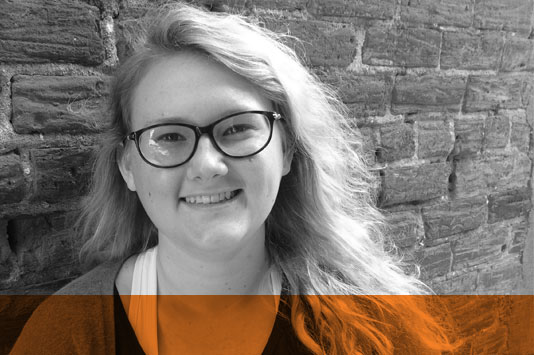 If you’ve been keeping tabs on the media world, you’ve heard about the rise of content marketing; a fun, unique way of building an audience through the distribution of relevant marketing information in the form of specialized content. Lenz has been hip to the content marketing game since the beginning, but when we see an opportunity to grow and improve – we take it. This is where Chelsea Hoag comes in.

Chelsea is our newest Lenzer, joining the staff in late July. With her she brings a strong editorial background and a passion for videography, a skill that she’s already put to use in her short time with us, most recently for the AJC Decatur Book Festival.

To wrap up one of the most successful festival weekends ever, Chelsea produced a final video that showcased the festival’s visitors, sponsors, participants, and volunteers. Chelsea’s vision led her to the Decatur streets with her camera where she aimed to capture the magical spirit of the festival. We think she succeeded.

In 2015, following a rebranding, SouthCoast Health Marketing Director Eric Betts and Lenz led the practice to the small screen. The Savannah-based medical group with 80 physicians and 18 locations was eager to elevate their media presence and tell their story.

“The goal was to define this notion of ‘Total Wellness’ with an understanding that it means unique things to different people,” said Lenz Creative Director Cameron Spivey. “Using the energy and momentum that we developed in the process of rebranding the group, we let that guide us toward bringing the new brand articulation to life in the TV spot.”

After months of work from creative concepting to editing and everything in between, the end product is an accurate audiovisual representation that captures SouthCoast Health’s mantra of “Total Wellness for Life.” Using the languid beauty of the Low Country and Coastal Empire as its backdrop, the commercial conveys the importance of the physician-patient partnership at any stage of life. The spot is now airing on cable airwaves throughout the Savannah area.

We’re excited to share our work with you. Check it out below.

You might know Dan Kamal’s voice even if you aren’t a local hockey fan.

If you did happen to be a hockey fan during the Atlanta Thrashers’ run from 1999 to 2011 (or that of the minor-league Atlanta Knights from 1994 to 1996), then Dan’s creative – and at times euphoric — calls on 900 regular season games most certainly are familiar to you and might even have left you with some fond memories.

Since Aug. 29, Dan has hosted The Sports Insider produced by Lenz and presented by PT Solutions on 92.9 The Game, Atlanta’s biggest sports talk station. Each Saturday morning, Dan brings out the best in the show’s guests, providing listeners insights into the latest happenings of local and national interest in the sports world.

“Dan Kamal is a pro’s pro when it comes to radio,” said Lenz CEO Richard Lenz. “We’re thrilled to have him as part of our new venture. With PT Solutions, 92.9 The Game and Dan, we have a great team to make The Sports Insider a huge success.”

Dan said he has tried to build a broadcast career based on energy and an entertaining style. In the case of The Sports Insider, he said his goal is to be thought-provoking, insightful and at times humorous.

“The thing I would probably be the most grateful for in my career is the opportunities I’ve had and the responses I’ve gotten from viewers or fans in general,” Dan said. “I feel like I’ve always worked for them, not so much for me, and the feedback has been very gratifying. I’m hoping to perpetuate that with this opportunity.”

Dan is a radio professional with more than 30 years’ experience who has made metro Atlanta his home for more than 20 years. Along the way, he has worked for WGST as part of its coverage of the 1996 Atlanta Olympic Games, PGA Tour Radio, as a studio host for the Atlanta Falcons Radio Network, as a freelance reporter for the CNN Radio Network, as a fill-in anchor for CNN’s Headline Sports and as a studio analyst for Fox Sports Ohio’s television broadcasts.

For the past three-and-a-half years, Dan has taken on a more behind-the-scenes role in the media business. Mondays through Fridays, he works as a freelance writer, producer and editor for CNN and for CNN International’s World Sport. In that role, he has written copy for CNN anchors across virtually all news programming on the network, including for Carol Costello and Wolf Blitzer. It also means he has learned a view of sports that is more global — in every sense of the word.

An Alpharetta resident, Dan is married with two adult children. His wife Dot is a school nurse. His daughter Deanna works for an architectural firm in Nashville and his son Chris, a former Division I hockey player, was recently hired as director of hockey operations and an assistant coach for the University of Alaska-Anchorage, Chris’ alma mater.