Oriented around Sleep Safety Awareness Month (October), this initiative aimed to build awareness among Atlanta-area parents of newborn and infant children about the ABC’s of sleep safety and, ultimately, change behavior towards safer sleep practices.

The campaign garnered 3,285,638 impressions over the course of one month, exceeding projected reach figures.

Focused on the summer months with high levels of water activity, this second initiative promoted safe swimming practices for parents of young children and infants.

The Value of Brand Consistency

Helping a Company Tell Their Story through Newsletters

How Do You Market Healthcare? 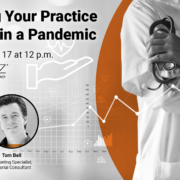 Lenz Presents Free Webinar: Positioning Your Practice for Growth in a Pandemic