We always claim that the best part of the Super Bowl is the commercials, and this time, they had no competition from the tedious football game going on in between. The game may have been a snooze-fest this year, but the advertisements were far from it.

2014 saw a welcomed abandonment of inappropriate, highly sexualized commercials and an embracing of ads that are more family-friendly, sentimental, funny, and in some cases, heartwarming. Even Go Daddy, notorious for their inappropriate commercials (as if you needed to be reminded of this uncomfortable moment from last year), took a different approach. Here are a few of our favorites from 2014:

Coke wasn’t the only company to produce an American-themed commercial on Sunday, but theirs was certainly the best. In only 60 seconds, Coke managed to pull at our heartstrings and evoke patriotism with their ad featuring diverse Americans and a multilingual rendition of “America the Beautiful.” It was so simple, yet perfectly executed. (Side note: We love Bob Dylan just as much as the next person, but his patriotic Chrysler commercial was reaching, to say the least. Isn’t he supposed to stand for, like, the total opposite of consumerism?)

Doritos’ time-machine commercial, involving a $200 dollar budget and less than 8 hours of shooting, was made by a man who produces commercials as a “side-job”. Raj Suri won Doritos’ “Crash the Super Bowl” contest, in which fans were able to submit their commercials to the company in hopes of having their commercial aired, in addition to winning one million dollars. It may not have been the best commercial of the night, but it held its own against advertisements that cost more than tenfold the amount to produce.

Cheerios filled its Super Bowl spot with the interracial family that won our hearts in this ad last year. This time, we revisit the adorable family as they draw out in Cheerios the newest additions to their family.

Budweiser’s puppy love commercial also makes it up there with the cutest of the Super Bowl ads this year. It may not have had much to do with their product, but if one thing’s for sure, America loves puppies, and the furry little guy made a great sidekick to the tried and true Budweiser Clydesdales.

Radio Shack surprised viewers by poking fun at its outdated store design. They introduced their new tagline “It’s Time for a New RadioShack” amid a host of beloved 80’s characters, including Alf and Hulk Hogan. RadioShack’s self-effacing humor aims for a laugh out of viewers, and to make themselves appear genuine in their efforts to revamp their product. Unfortunately, their valiant efforts may be to no avail—on Tuesday, the Wall Street Journal reported that the electronics company plans to close 500 stores within the next few months.

Turbo Tax wins the creativity contest by equating watching two teams you don’t root for play in the Super Bowl to watching some guy you hate take your crush to the prom. It was a hilarious analogy that probably resonated with a lot of football fans whose teams came just shy of making it to the Super Bowl this year.

The goal of these high profile commercials is not necessarily to boost sales, but to get a company’s name out there and create something memorable. These commercials accomplished that goal the best, in our opinion. Honorable mentions go to Volkswagen’s Wings advertisement, Wonderful Pistachios’ depiction of Stephen Colbert’s head as a chiseled nut, and Audi’s delightful invention of the Doberhuahua. Did we miss any of your favorites? Let us know! 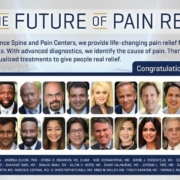 Lenz is Proud to Partner with Atlanta’s Top Docs 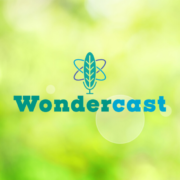 10 Steps to a Social Media Slam Dunk—Demonstrated by the World’s Favorite... 5 Easy Steps to Prepare for a Meeting with a Healthcare Marketing Agency
Scroll to top